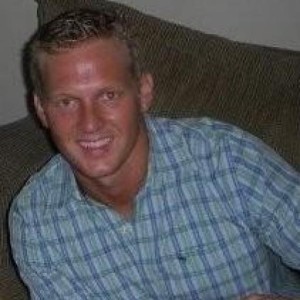 The street is divided into three sections: East, West, and what the locals called Dirty Street. Sixth Street is known for having some of the best bars in town. There are bars on either side of the street lined up like football players standing on the sideline of “Texas Memorial Stadium.” (But instead of consuming Krystal burgers, here its sausages and Pizza).

If Austin was the party, then Sixth St. is its lifeline. It is one of the most iconic streets in Austin and the epicenter of why it is called the “Live Music Capital of the World.”
The street is divided into three sections: East, West, and what the locals called Dirty Street. Sixth Street is known for having some of the best bars in town. There are bars on either side of the street lined up like football players standing on the sideline of “Texas Memorial Stadium.” (But instead of consuming Krystal burgers, here its sausages and Pizza).
6th street is always rocking and high on life at night, but on weekends it’s a whole other world where the party never seems to end. There are lots of bars you can find on Six Street, such as sports bars, live music bars, dive bars, and hangout spots. Sixth Street also has some of the swankiest looking lounges in all of Texas.
Sixth Street has more bars than a football team has recruited players, and our job is to make sure you land on the right spot and stop aimlessly wandering (though that can be fun too). Here are our recommendations of some of the hippest bars in all of Austin, Texas! Are you ready? Ok let’s dive in.

At our number 1 spot, it’s the Aquarium, which is one of the most popular sports bars in Austin if not the most popular. The reason why we recommended this at number one is that it is your plain old school sports bar. It has a long narrow dive with beers that are ultra-cheap. You may find a few girls jumping on the bar and start losing themselves to the music. You can get beer as cheap as $1, yes that’s right one dollar for a beer.

Number two on the spot is exclusively for our readers that are carrying the burdens of student life and are looking to get a break. The name of this bar is so on-point that now every college student can tell their parents with pride that they are going to the Library. It’s not just the name, the place actually has a library as well, maybe not exactly, but it’s part of the bar’s interior. On Thursdays, you can find dollar beers while on weekends its $3. The Library also has a balcony and the main level to overlook the whole place.

This is a sports bar with a view so beautiful that you may never want to leave that place, meaning the bar has waitresses and bartenders in Bikinis. However, the view doesn’t come cheap, the beers are expensive here and start at $4.25, which is as expensive as any other bar on the Sixth. The bar also serves different brands of beers along with shots and cocktails.
Don’t worry the entertainment doesn’t end here, the mar has multiple TVs and two mega screen TVs that give their male customers something else to stick their eyes onto at least on weekends when there is football game going on.

Up till now the bars we have recommended to you have been very casual, where you can hang around with your friends and nothing too outlandish. But that’s not the case the Dizzy Rooster. The bar is known for its mix with the Mexico Spring Break with the silliness of the Sixth Street. You’ll find girls dancing on the bars, and bartenders pouring shots down the throats of the people and a DJ/live music that lets you forget what time it is.
From personal experience, people are more likely to get soaked as the bartenders often let loose, start dancing with the girls and spraying beer all over the crowd. For a moment you would feel you guys are in a locker room celebrating the Superbowl victory or something. Caution, you may want to avoid driving your way home because you’ll be feeling dizzy leaving the place.

This bar has a large balcony, and due to its famous Colt McCoy, it certainly needs it. You’ll most probably find the crowd plays music videos while others spend their time with their partners on the roof. They have one formula for every night, “Drink, mingle, drink again” that pretty much what Maggy May is.
Maggy also has a small downstairs area where bands play their music to the side courtyard. People can enjoy the music sitting on tables and maybe dance. For people who like the buzz and crowd can hangout upstairs and those who want to have a beer and listen to some music they can get acquainted downstairs.

What you find here is a simple and easy speak menu which you may not find on any other bar on West Street. The bar in Roosevelt has some of the best cocktails. Once you give it a try, you’ll know what we’re talking about. They remember your poison better than you do, and the bartenders are also experienced enough to suggest one.
A bar needs to know how to make a drink, and the Roosevelt room does it right. Other than the cocktails, they have one of the best décors you can find in any other bars. They have a diverse collection of drinks, more than 20 signature concoctions, which are all unique and made by the owner himself. The staff there is incredible, the check-in with you ever now and then and all of them have immense knowledge about the bar and restaurants.

Sixth Street has all the right ingredients to make your night worth remembering. Doesn’t matter if you’re hungry or thirsty, the places we mentioned are worth the visit.

The beautiful holiday of the Irish culture is just around...

THINGS TO DO FOR ST PATRICK’S DAY IN AUSTIN, TEXAS

Lake Travis is not just popular for wakeboarding, day boozing,...

Get More Austin In Your Mailbox

Stay up to date with things to do in Austin, Texas! Subscribe if you want to bless your inbox with all things Austin, Texas

Fun Things To Do In Austin

Get More Austin In Your Mailbox

Stay up to date with things to do in Austin, Texas! Subscribe if you want to bless your inbox with all things Austin, Texas

THINGS TO DO FOR ST PATRICK’S DAY IN AUSTIN, TEXAS

The beautiful holiday of the Irish culture is just around the corner! Since the month of celebrating St.patricks day has started, people on March 17

Lake Travis is not just popular for wakeboarding, day boozing, and fun in the sun it also provides a great bass fishing fishery. Only a

Where To Watch 4th Of July Fireworks

Are you looking to celebrate the 4th of July with a bang?  Then there are a few locations that can help you enjoy the traditional

Where to fuel your boat on Lake Travis

Emerald Point Marina This place offers a total of about eighty-eight Octane fuel, along with a store, restaurant making it one of the finest choices

Be updated on Austin local events, news and discounts!